Poet Louis Untermeyer, who served as 14th Poet Laureate Consultant in Poetry to the Library of Congress, was also an editor, anthologist and author.

Untermeyer, born in New York City, was a witty writer, who often used puns in his work. He is remembered most for his anthologies of American poetry, which have introduced contemporary poetry to students since 1919. Over the course of his lifetime, he published over 100 books, with topics ranging from retold French fairy tales to translations of German poet Heinrich Heine to his own poetry of social protest.

His political beliefs were an important part of Untermeyer’s life. Before World War I, he wrote for the Marxist magazine The Masses, and then later for The Liberator and The New Masses. He also co-founded the poetry magazine The Seven Arts and had a long-term friendship with Robert Frost. Untermeyer was married four times and collected his memories in his autobiography Bygones.

For You With Love 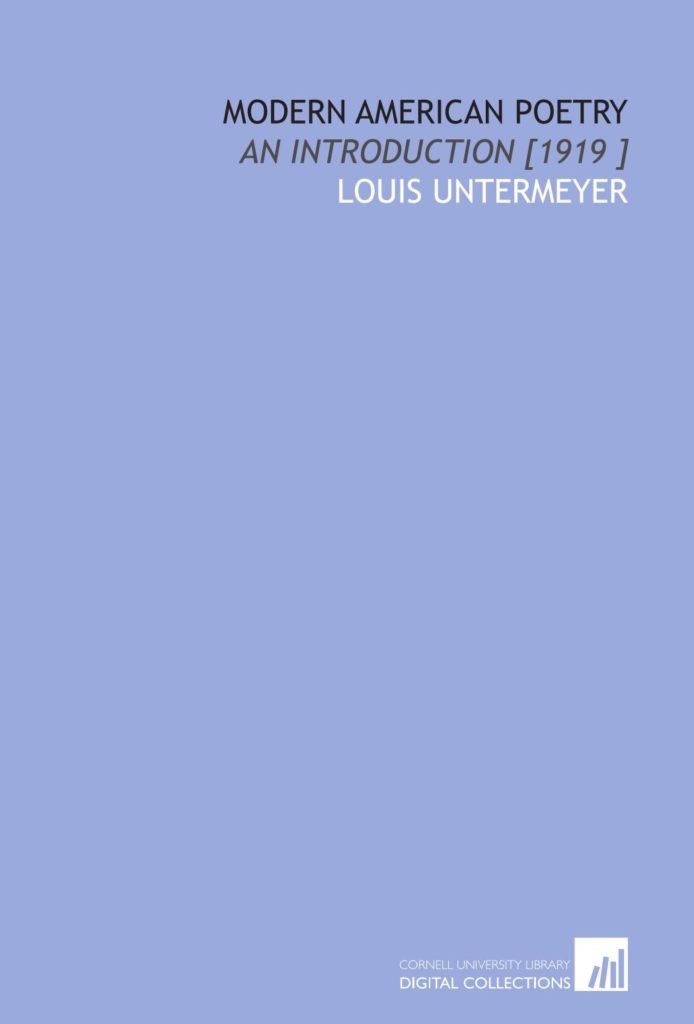 "For You With Love"