Frederic Prokosch was a writer of poetry, novels, criticism, and memoirs. He also was an accomplished racquetball player, a lepidopterist, and was involved twice in forgery for profit.

Prokosch’s novels The Asiatics and The Seven Who Fled were very popular in the 1930s, mainly due to Prokosch’s sensuous depiction of landscape and its rich interaction with human events. The books take place in Asia, where Prokosch claims to have “skirmished about a bit,” making the account semi-autobiographical.

Prokosch’s attempts at forgery both took place in the late sixties, and both attempts involved trying to sell books or pamphlets that were printed much more recently than Prokosch claimed. The Seven Who Fled 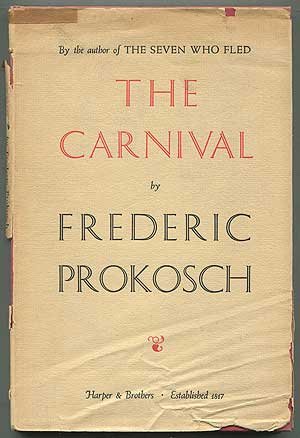