Will Marion Cook was a classically-trained African American violinist who turned to conducting and composing popular music after facing frustration and discrimination as a performer. As a young man, he was mentored by Frederick Douglass. His 1898 musical-comedy sketch Clorindy, or The Origin of the Cakewalk became "the first thoroughly black American show to find critical acclaim in the heart of Broadway" (Riis), and he wrote music for The Southerners (1904), "the first Broadway show to feature a racially integrated cast" (Library of Congress). He was a highly influential figure as a conductor, director, organizer, teacher, and song composer.

Will Marion Cook was a composer and violinist most notable for his songs and Broadway musicals. He was born on January 27, 1869 in Washington D.C., where his father was the Dean of the Howard University School of Law, and he passed away on July 19, 1944 from cancer in New York.

Cook got his start very early in studying the violin and began his studies at the Oberlin College Conservatory at the age of 15 years old. During his time at Oberlin, he had the opportunity to study abroad in Germany with Joseph Joachim, the famous Hungarian violinist and close associate of Johannes Brahms and the Schumanns. Following his studies abroad, Cook came back to the United States and, at the age of 21, toured the Northeast with an orchestra supported by Frederick Douglass. Following this tour, he tried out a career in classical music performance, but it was not very successful. He began teaching and composing because of this, which turned him down a road of success. Some of his most notable students were Clarence Cameron White, famous violinist and composer, and Duke Ellington, jazz legend, who was also from Washington D.C. One of his earliest compositions was Scenes from the Opera of Uncle Tom’s Cabin – which was intended for the 1893 Chicago World Fair. In 1894, Cook studied with Antonín Dvořák and John White at New York’s National Conservatory of Music. Harry T. Burleigh had studied with Dvořák as well, and Will was “similarly inspired to experiment with compositions that maintained the integrity of the Negro Spiritual” (Erickson).

After studying at the National Conservatory of Music, he did not find much success in his classical career, so he turned to popular music. He began writing songs and formed the Gotham – Attucks Publishing Company with R.C. McPherson “Cecil Mack,” who wrote lyrics for many popular songs from the turn of the century until 1924. “In 1898 Cook’s first composed score, for the show Clorindy, the Origin of the Cakewalk, met with critical acclaim. The show’s successful run at the Casino Roof Garden Theatre in New York established Cook as a gifted composer” (Erickson) and an important figure in the music world at the turn of the century. He also made history in working on Clorindy by “becoming the first African American to conduct a white theatre orchestra” (Erickson). At the turn of the century, he continued to make his mark as a composer with musical comedy. The Casino Girl (1900), The Policy Players (1900), and Jes Lak White Fo’ks (1900) were some of his breakout productions. He continued to remain an important figure as he “wrote and published many songs, was prominent as a conductor, and was the musical director for Bert Williams and George Walkers string of groundbreaking musicals, including The Sons of Ham (1900), In Dahomeny (1903) (the first musical composed and performed entirely by African-Americans in a major Broadway theater), Ahyssinia (1906), and Bandana Land (1908)” (Library of Congress). At this point, Cook was well known for his “unique handling of traditional Negro spiritual characteristics within compositions” (Erickson). His best known songs were “Swing Along,” “Mandy Lou,” “Red Red Rose,” “Exhortation: A Negro Sermon,” and “Nobody Knows the Trouble I See.”

Towards the end of his life, Cook’s career started to decline with only a few notable works in his last 20 years, including In Darkydom (1914) and Troubled in Mind (1929). He also composed a bit with his son in this time period. Cook was a very influential and prominent composer during this time and left a lasting mark.

Liner notes to the album "Swing Along: The Songs of Will Marion Cook" Swing Along: The Songs of Will Marion Cook 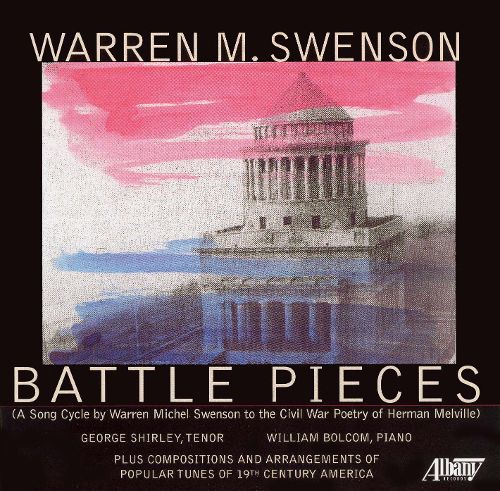 Swing Along: The Musical Life of Will Marion Cook